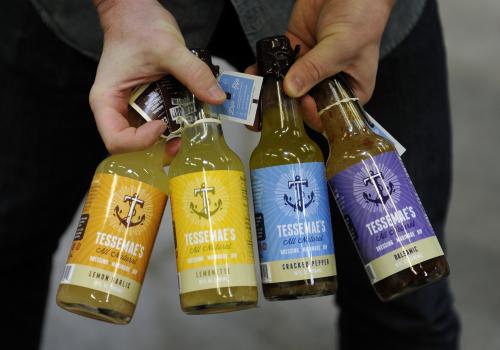 After Tessemae's recent deal with Kroger, one of the world's largest grocery retailers, the company's All Natural salad dressing will be on the shelves in every Wegman's and nearly all of Kroger's grocery stores worldwide. This includes expanding their products' presence at Harris Teeter, which was recently aquired by Kroger. With these deals in place, Tessemae is set to reach $35 million in sales this year, up from $25 million in 2014.

Tessemae began its operation in a in-home kitchen in 2009 and now operates out of a 36,000-square-foot manufaturing facility at Merritt's Kelso 4 in Essex, Maryland.

For the full story, written by the Baltimore Business Journal, click here.