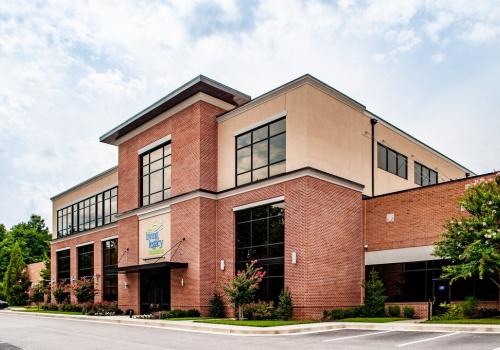 An owner-occupied renovation project, completed in July of 2016, for The Living Legacy Foundation consisted of a two-phase buildout to renovates their existing space and expand their office from an existing 33,000 square feet to a total of 47,633 square feet, all while allowing the organization to continue operating as a 24-hour organ transplant facility. The construction was designed in two phases, with Phase I being a second-story addition with a new main entrance, and Phase II being a renovation of the owner’s existing space on the ground floor to include new finishes throughout and a two-story lobby. Phase I of the project took just over eight months to complete, and Phase II took five months to complete.

In November of 2015, Merritt completed an 88,000-square foot industrial/flex build for NAFCO/Congressional Seafood, an over $1 million project to house the companies’ new corporate headquarters and processing facility. Construction included a state-of-the-art seafood processing and production facility with sophisticated automated production equipment and specialty hand cutting lines, as well as a new, wharf-inspired office space for employees.

The SC&H Group interior fitout, completed in July of 2016 and worth over $1 million, featured a remodel of the first and third floors of an existing three-story brick building in Sparks, Maryland. The interior finishes in the 910 Ridgebrook Road building had not been updated since original construction in 1999. By updating 35,215 square feet of office space, the SC&H third and first floor renovation and construction added approximately 10,000 square feet of more usable space.

Merritt Construction Services will officially be recognized at ABC’s Awards of Excellence Ceremony on April 12, 2017 at the Hyatt Regency Baltimore.

About ABC
Associated Builders and Contractors is a not-for-profit construction trade association working to promote the interests of merit shop contractors. With over 620 members, ABC Baltimore is the largest such organization in Maryland. Nationwide, ABC represents nearly 24,000 member firms in 70 chapters.