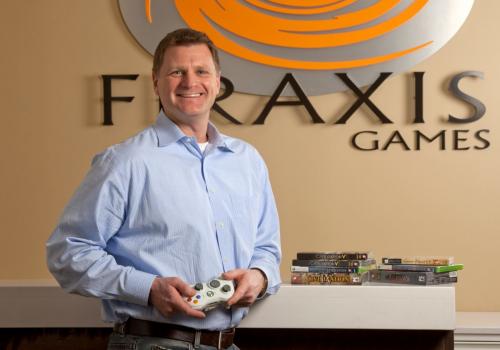 With 70 commercial real estate leasing deals signed in the first quarter of 2015, Merritt Properties posted dramatic gains over the same period in 2014. Notably, the most significant gains resulted from growth within the Merritt portfolio as existing tenants chose to expand.

In February, Marlin Steel Wire knocked down their north wall to expand into an adjacent bay, increasing their space from 28,000 square feet to 43,000 square feet. Their expansion was driven by increased sales, requiring additional manufacturing equipment and more electrical power to run those machines.

Firaxis Games signed an expansion agreement in February to make room for additional employees. The 9,227-square-foot expansion brings their original office space from 31,663 square feet to 40,890 square feet and is scheduled for completion in June.

“Minimizing the impact to our people and our workflow was paramount during our internal expansion,” said Steve Martin, President of Firaxis Games. “Merritt was incredibly sensitive to our needs and experienced in catering to those demands.   Merritt achieved this goal and more - they were respectful, clean, organized and superb craftsmen.  It was a privilege to partner with Merritt with our project.”

For Direct Energy Solar, their 28,000-square-foot expansion is due to the boom in the solar power industry. The solar service provider plans to add 240 new jobs during the next three years to its Maryland headquarters.

Finally, in anticipation of their growth, NAFCO & Congressional Seafood Company signed an expansion agreement to extend their headquarters from 70,000 square feet to 88,000 square feet, filling the remainder of the seafood distribution facility in Jessup prior to its completion. The project is expected to be completed this summer.

Overall, Merritt’s 70 deals for the first quarter of 2015 accounted for 413,982 square feet of space. Merritt Construction Services, the construction arm of Merritt Properties, is completing all of the necessary renovations and interior build-outs for these projects.

About Merritt Properties
As an established market leader with more than 45 years of experience and success, Merritt Properties has an unmatched reputation for our commitment to our customers and the communities we serve. With 16 million square feet in more than 70 locations, Merritt owns and manages the largest privately held commercial real estate portfolio in the Baltimore/Washington region.